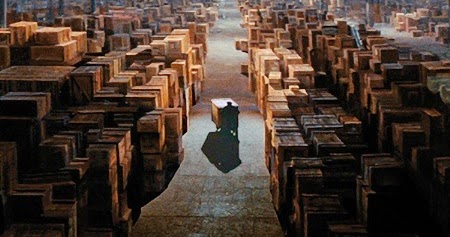 A lot of our so-called leaders, putative experts, and alleged Brainiacs of all kinds have a real talent for obsessing over trifles.

Take masks. All we need are a few hundred million n95 masks and a few billion surgical masks. We’re not there yet, but it won’t take long.

Especially because everyone’s focused on ramping up production, right? No, of course not! People with teeny-tiny minds (most people in the suit-wearing and sounding-smart biz) are freaked out because Home Depot is sold out. I hate to tell you this, but hospitals don’t buy their masks at Home Depot. They buy them from medical-supply wholesalers.

Overcoming a shortage isn’t about allocating scarce resources—that’s just hoarding by the numbers. No, it’s all about production: making these resources abundant, even super-abundant. It’s time for our so-called leaders to stop thinking like misers.

In fact, we’re already ramping up production like crazy, using both the methods we want to use and the ones we have to use. Few people who are (or pretend to be) authorities seem to be talking about this, though, because they’d rather go the Peeping Tom route and obsess over other people’s toilet paper. At best, this is occupational therapy for morons.

Fortunately, the actual adults are working like crazy to produce—at incredible speed—all the masks, gowns, test kits, pills, ventilators, and whatever else we need.

While this is happening, the non-adults are squabbling about consumption. Let ’em. They’d only get in the way if they tried to do something real.

The shortages have encouraged various “experts” to make nonsensical statements like, “Masks don’t work: save them for our health-care personnel, who rely on them because they work” and “tests are in short supply, so  we claim you don’t need one” and “maybe antivirals are in short supply (and maybe not), but we’ll say you don’t need those, either.”

Time for a Prediction

So here’s my prediction:

Vast numbers of people are making this happen all over the world and in all sorts of ways, because they know it’s the right thing to do. Nobody had to tell them to do it.

When everyone around you has been tested, when you have all the masks you want, and you’re taking preventative doses of antivirals if you’re in a risk group (or if you just feel like it); when every new case is contact-traced so everyone they’ve come into contact with is tested again and quarantined, then the number of new cases will fall like a rock.

We’ve pretty stopped the epidemic at that point, haven’t we? Yes, we have. Obviously. Piece of cake. Things will go back to normal before we know it.

We can probably even do it without the antivirals, but that’s not even worth thinking about because, in reality, using them is already standard practice, both in the US and worldwide. It’s just that the Powers That Be are poor listeners and slow learners. But they’re largely being ignored, so that’s okay. People are ramping up production and shipping stuff to where it’s needed on spec.